The XLED PRO Square. Even illumination of large areas. THE XLED PRO Square is also equipped with the lens matrix developed by STEINEL and the fully swivelling and tilting flat design light head. It was specially developed to illuminate large areas homogeneously. The powerful high-end LEDs create an impressive brightness of 2400 lm while consuming just 24,8 W. The basic light LEDs provide orientation and safety with minimal energy consumption. The sensor has an angle of coverage of 240° and a reach of 12 metres. The slave version offered separately can simply be interconnected by cable. If this is not enough, its big brother - the XLED PRO Square XL - provides almost twice as much light output. With 4400 lumens at a consumption of just 48 watts, now the sun also shines at night. 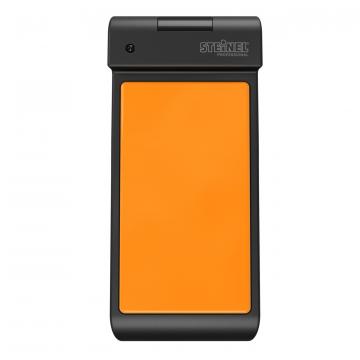 Accessory - Professional Line Remote control RC9
?
Sign in with your Amazon credentials and easily pay with the address and payment information stored in your Amazon account.